The Stuart Era began when Elizabeth I, the last of the Tudor line, died. As she had no children, King James VI of Scotland became King James I of England.

Shortly after James came to the throne, a group of Roman Catholics tried to blow up parliament (when James was there) because they didn’t like the way he was treating the Catholic priests. Do you remember who was blamed? On the 5th November, Guy Fawkes was discovered in a cellar under parliament with some matches and a lot of gunpowder! They were caught and tortured before being executed.

Civil war broke out during this period over disagreements about the power of the monarchy against the power of parliament. The problems over different views on religion continued also. Those fighting on the side of the King (royalists) were known as Cavaliers, those fighting on the side of parliament (parliamentarians) were known as Roundheads. You could tell which side they were on by how they dressed.

Watch this funny clip from Horrible Histories about the Cavaliers and Roundheads. Make sure you check with a grown-up first.

France was becoming more powerful and so the daring and flamboyant style of the French court began to influence clothing choices across Europe. 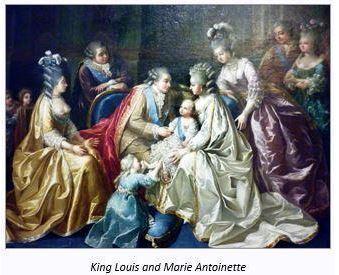 The Church of England (started by Henry VIII) was not so different to Roman Catholicism. It was still quite grand and elaborate. Many people wanted a simpler form of worship. They became known as Puritans. Some left for America so they could worship as they chose. Most stayed in England to fight oppression during the English Civil war. Their clothing style was very plain and simple.

The great plague (1665) and the Great Fire of London (1666) happened during the Stuart period. We know a lot about the fire because diaries of a man named Samuel Pepys, who lived in London at the time, have survived.

This week we would like to you make a 17th century doll's outfit. Use the instructions below to help you.